Scroll down for more information about new offerings, special events and ongoing programs for children at the Westbrook Public Library.

Also, be sure to investigate activities and events occurring within Connecticut. For ideas, click here.

Librarians from across the State of Connecticut have collaborated on a new podcast about the 2022 Nutmeg Book Award nominees. Librarians ConneCT has created Nutmeg Book Drops, a podcast that includes a casual discussion of the nominees, interviews with authors, and more. Listeners can find the podcast on Spotify or wherever they find their favorite podcasts. A full schedule of release dates and more information can be found at Librarians ConneCT.

“Twelve-year-old Catherine just wants a normal life. Which is near impossible when you have a brother with autism and a family that revolves around his disability. She’s spent years trying to teach David the rules-from “a peach is not a funny-looking apple” to “keep your pants on in public”-in order to stop his embarrassing behaviors. But the summer Catherine meets Jason, a paraplegic boy, and Kristi, the next-door friend she’s always wished for, it’s her own shocking behavior that turns everything upside down and forces her to ask: What is normal?” – Scholastic Press (publisher)

The Trumpet of the Swan

“The delightful classic by E. B. White, author of Charlotte’s Web and Stuart Little, about overcoming obstacles and the joy of music. This edition features Fred Marcellino’s gorgeous illustrations in full color. Like the rest of his family, Louis is a trumpeter swan. But unlike his four brothers and sisters, Louis can’t trumpet joyfully. In fact, he can’t even make a sound. And since he can’t trumpet his love, the beautiful swan Serena pays absolutely no attention to him. Louis tries everything he can think of to win Serena’s affection–he even goes to school to learn to read and write. But nothing seems to work. Then his father steals him a real brass trumpet. Is a musical instrument the key to winning Louis his love?” – Harper & Row (publisher)

“From bestselling and award-winning author Sara Pennypacker comes a beautifully wrought, utterly compelling novel about the powerful relationship between a boy and his fox. Pax is destined to become a classic, beloved for generations to come. Pax and Peter have been inseparable ever since Peter rescued him as a kit. But one day, the unimaginable happens: Peter’s dad enlists in the military and makes him return the fox to the wild. At his grandfather’s house, three hundred miles away from home, Peter knows he isn’t where he should be–with Pax. He strikes out on his own despite the encroaching war, spurred by love, loyalty, and grief, to be reunited with his fox. Meanwhile Pax, steadfastly waiting for his boy, embarks on adventures and discoveries of his own…” – Balzer + Bray, an imprint of HarperCollins Publishers (publisher)

The War That Saved My Life

“An exceptionally moving story of triumph against all odds set during World War II, from the acclaimed author of Jefferson’s Sons and for fans of Number the Stars. Ten-year-old Ada has never left her one-room apartment. Her mother is too humiliated by Ada’s twisted foot to let her outside. So when her little brother Jamie is shipped out of London to escape the war, Ada doesn’t waste a minute–she sneaks out to join him. So begins a new adventure for Ada, and for Susan Smith, the woman who is forced to take the two kids in. As Ada teaches herself to ride a pony, learns to read, and watches for German spies, she begins to trust Susan–and Susan begins to love Ada and Jamie. But in the end, will their bond be enough to hold them together through wartime? Or will Ada and her brother fall back into the cruel hands of their mother? This masterful work of historical fiction is equal parts adventure and a moving tale of family and identity–a classic in the making.” – Dial Books for Young Readers, an imprint of Penguin Group (publisher)

Charlie and the Chocolate Factory

“Willy Wonka’s famous chocolate factory is opening at last! But only five lucky children will be allowed inside. And the winners are: Augustus Gloop, an enormously fat boy whose hobby is eating; Veruca Salt, a spoiled-rotten brat whose parents are wrapped around her little finger; Violet Beauregarde, a dim-witted gum-chewer with the fastest jaws around; Mike Teavee, a toy pistol-toting gangster-in-training who is obsessed with television; and Charlie Bucket, Our Hero, a boy who is honest and kind, brave and true, and good and ready for the wildest time of his life!” – Puffin Books (publisher)

“After the tragic death of their father, Emily and Navin move with their mother to the home of her deceased great-grandfather, but the strange house proves to be dangerous. Before long, a sinister creature lures the kids’ mom through a door in the basement. Em and Navin, desperate not to lose her, follow her into an underground world inhabited by demons, robots, and talking animals. Eventually, they enlist the help of a small mechanical rabbit named Miskit. Together with Miskit, they face the most terrifying monster of all, and Em finally has the chance to save someone she loves.” – Graphix, an imprint of Scholastic (publisher)

“From the author of beloved novels Ms. Bixby’s Last Day and Posted comes a hilarious, heartfelt, and unforgettable novel about a fairy-in-training. Everyone who wishes upon a star, or a candle, or a penny thrown into a fountain knows that you’re not allowed to tell anyone what you’ve wished for. But even so, there is someone out there who hears it. In a magical land called the Haven lives a young fairy named Ophelia Delphinium Fidgets. Ophela is no ordinary fairy–she is a Granter: one of the select fairies whose job it is to venture out into the world and grant the wishes of unsuspecting humans every day. It’s the work of the Granters that generates the magic that allows the fairies to do what they do, and to keep the Haven hidden and safe. But with worldwide magic levels at an all-time low, this is not as easy as it sounds. On a typical day, only a small fraction of the millions of potential wishes gets granted. Today, however, is anything but typical. Because today, Ophelia is going to get her very first wish-granting assignment. And she’s about to discover that figuring out how to truly give someone what they want takes much more than a handful of fairy dust.” – Walden Pond Press, an imprint of HarperCollins Publishers (publisher)

The Daughters of Ys

“An Atlantis-like city from Celtic legend is the setting of The Daughters of Ys, a mythical graphic novel fantasy from National Book Award winner M. T. Anderson and artist Jo Rioux. Ys, city of wealth and wonder, has a history of dark secrets. Queen Malgven used magic to raise the great walls that keep Ys safe from the tumultuous sea. But after the queen’s inexplicable death, her daughters drift apart. Rozenn, the heir to the throne, spends her time on the moors communing with wild animals, while Dahut, the youngest, enjoys the splendors of royal life and is eager to take part in palace intrigue. When Rozenn and Dahut’s bond is irrevocably changed, the fate of Ys is sealed, exposing the monsters that lurk in plain view. M. T. Anderson and Jo Rioux reimagine this classic Breton folktale of love, loss, and rebirth, revealing the secrets that lie beneath the surface.” – First Second (publisher) 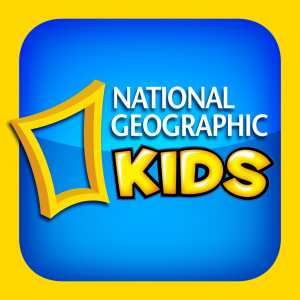